This website will no longer be updated, nor will any more support be offered in respect of the downloads available.
The downloads will remain available, but will be used at your own risk.
There may be limited help or assistance available from the knowledgeable members over at MAIW, but this is not guaranteed.
Many thanks for your help, support and kind words, and I bid you all goodbye.
Daryl Payne
Dec 2014

Just to let you know, thanks to follower Andy Mortimer for spotting that I had omitted the afterburner details on the two 104th F-15 paints.....here is the FIX (also on the download page) 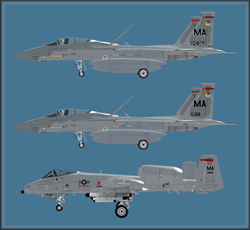 Added some flyable repaints for the payware Aerosoft A-10 and the Iris F-15C, all belonging to the 104th Fighter Wing of the Massachusetts Air National Guard, based at Westfield/Barnes IAP. 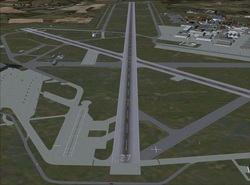 Brian Clarke has been busy once again - this time the major Royal Navy helicopter base at RNAS Yeovilton (aka HMS Heron) in stunning detail, made up from various MAIW scenery libraries, is now available on his scenery page. Enjoy!

If you have previously downloaded these textures, could you please re-download, as some reports came back about sims freezing with the way the textures had been compiled. I have also done them in 32-bit as well for those who prefer that format. 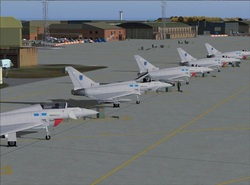 An update for RAF Leuchars - repaints for Nick Blacks Eurofighter Typhoon, currently equipping No. 1 Sqn and No.6 Sqn. Also includes a set of flightplans. Go to page

Having downloaded Ian Elliots great Singapore scenery, I have painted up the missing Hawker Hunters to populate RAF Tengah, to go alongside the Lightning F6's of 74 Sqn. Busy base! Go to page 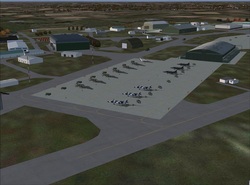 With the release of John Youngs AI Harrier GR3/T4, we are pleased to present RAF Wittering, the latest scenery from Brian Clarke. Available on Brians page. 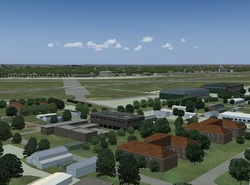 Very pleased to 2 more sceneries by Brian Clarke.
RAF Northolt is home to 32(The Royal) Sqn, flying BAe 125's and 146's to carry members of the Royal household, government ministers and high-ranking officers.
RAF Alconbury, in Cambridgeshire, was the last home of the A-10 in the U.K. It also housed the TR-1's of the 95th RS.
Get them from Brians scenery page.......

Here is another batch of modern repaints, this time for the F/A-18F Hornets of Nos. 1 & 6 Squadrons, based at RAAF Amberley in Queensland. These aircraft replaced the ageing F-111 in the inventory from 2010 onwards. 26 repaints, plus a set of flightplans. Get them from HERE 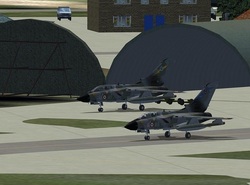 Have just thrown together some flightplans for Chris A. Brown's retro Italian Tornados of Stormo's 6, 36 & 50 based at Ghedi, Gioia del Colle and Piacenza; plus two test aircraft based at Pratica da Mare. Get them from HERE

I have also updated the RAF BAe 146 fleet, including the new C3, and these use the Fernando Martinez BAe 146-100 and BAe 146-200, available from avsim.com.
Download the paints from HERE

Phew! Not only has it been bloody hot outside - my keyboard seems to be heating up as well! Busy day today; uploaded some new goodies to play with, including a complete Multiplayer Tucano, courtesy of exceptional model maker, Mark Griggs. There is also a brand new scenery from the very talented Mr. Brian Clark - RAF Wethersfield is reborn, and hopefully, in the not too distant future, will be graced once more with F-100D's of the 20th FBW, if Michael Pearson can get his other projects out! Finally, two little projects from me. The Saudi MRTT A330 tanker and the world-famous Alcock & Brown commenmorative Phantom from 1979. Enjoy folks. Click on the pictures to take you to the file of your choice. 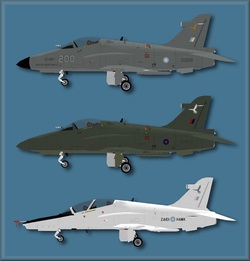 3 more repaints of the NBAI Hawk - this time three demonstrators used by British Aerospace to show off the Hawks amazing capabilities all around the world. Go to page 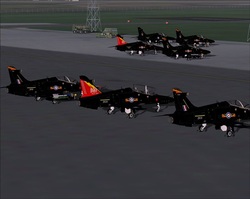 Just uploaded the Hawk T2's from No. IV(R) Sqn at RAF Valley. Go to page

Have now updated Brians scenery page to include the new sceneries of Dunsfold, Brawdy and Chivenor. Enjoy!
Previews of the latest sceneries from the very talented Brian Clarke; all made up to the usual very high standard, plenty of parking for lots of AI models. All three coming soon!

For the Fruit Stand A310, the newly-painted and highly-controversial CC-150 Polaris for use by the Canadian Prime Minister.............

.....and the four Typhoon that belong to No 41(R) Sqn at RAF Coningsby, for the Nick Black AI Eurofighter Typhoon. All available from the AI Aircraft & Packages page.

Two updates in 1 day? I know, I can't believe it either......anyways, suffice to say I have caught up with all of my projects (nearly) so I though.....I've got John Young up here, why not Mike Pearson? Well, for those who don't know, Mike is another example of an AI builder who specialises in retro. I've listed all of his Mirage Family projects, right from the III up to the Cheetah and everything in between. I haven't added download links yet but I'm working on that, but search on avsim.com and you'll find 'em. Meanwhile, if you want to look at some purdy pictures - go no further than here

John Young has allowed me to share his pre-production photo's of his latest model - the British Aerospace Harrier and Sea Harrier.

According to his latest statement over at MAIW, he is getting ready to make the LOD's for each model and then do the FSX versions; once that is done, they should be ready to fly. Take a look at the pictures here

Well I managed to delete the homepage! That was a good start not. Oh well, never mind.
I have now finally sorted out the scenery pages - Mr. Clarke now has all of his sceneries available from one page, and mine from another. Tidies things up a little. Watch out for more from Brian soon - he is busy ferreting his way around a couple of projects as we speak, so keep 'em peeled!
Google+